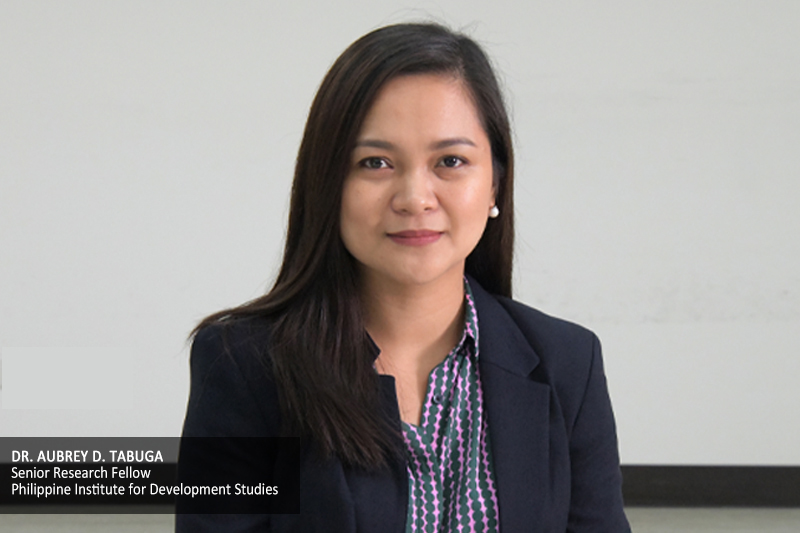 Filipino migrant workers who are less educated and hold elementary occupations are less likely to have access to social protection.

This was revealed by Aubrey Tabuga, senior research fellow at the Philippine Institute for Development Studies (PIDS) and main author of the PIDS study “Analyzing Filipino Migrant Workers’ Access to Social Protection” featured at a webinar recently organized by the Institute.

In her presentation, Tabuga shared the characteristics of Filipino migrant workers without access to social protection schemes such as the Social Security System, Government Service Insurance System, Philippine Health Insurance Corporation, or other health insurance onsite.

According to her, lack of access to social protection is prevalent among less-educated migrant workers, with 45.5 percent of elementary graduates more likely to not have social protection as compared to those with higher education at 10 percent.

Tabuga also noted that Filipino migrant workers who do not have access to social protection are prevalent among women, those directly hired by employers, those who did not need a visa or used a tourist visa upon entry, and those without written contracts. This is also true for those belonging to poorer households, with 68.8 percent of those in the lowest quintile less likely to have social protection as compared to 11.9 percent in the highest quintile.

In terms of destination countries of migrant workers, Malaysia has the highest proportion of those without social protection at 69.2 percent, followed by Lebanon at 34.6 percent and Bahrain at 34 percent.

To address these gaps, Tabuga emphasized the importance of awareness-raising programs and education campaigns focusing on social protection and the public insurance systems. These are important steps, according to her, which will also help “lessen the burden on [migrants’] children in the future”.

There is also a need to improve financial literacy as this will “increase the willingness and commitment of migrant workers to regularly contribute to insurance schemes for their protection”.

Moreover, given the findings of the study, efforts to expand social protection access must target the less educated migrant workers and those who hold elementary occupations.

Another recommendation is to intensify the promotion of enrolling in various health insurance schemes. According to Tabuga, this includes simplifying membership processes such as enrollment and payment.

In addition, an assessment of the current mechanisms to secure the overseas employment certificate (OEC) in terms of its ability to promote access to social insurance should also be conducted. Tabuga pointed out that while online platforms have resulted in a more efficient process of securing the OEC, it “may have reduced the opportunity for enrolling OFWs in social protection schemes”.

For more videos of PIDS events, go to https://www.pids.gov.ph/videos. 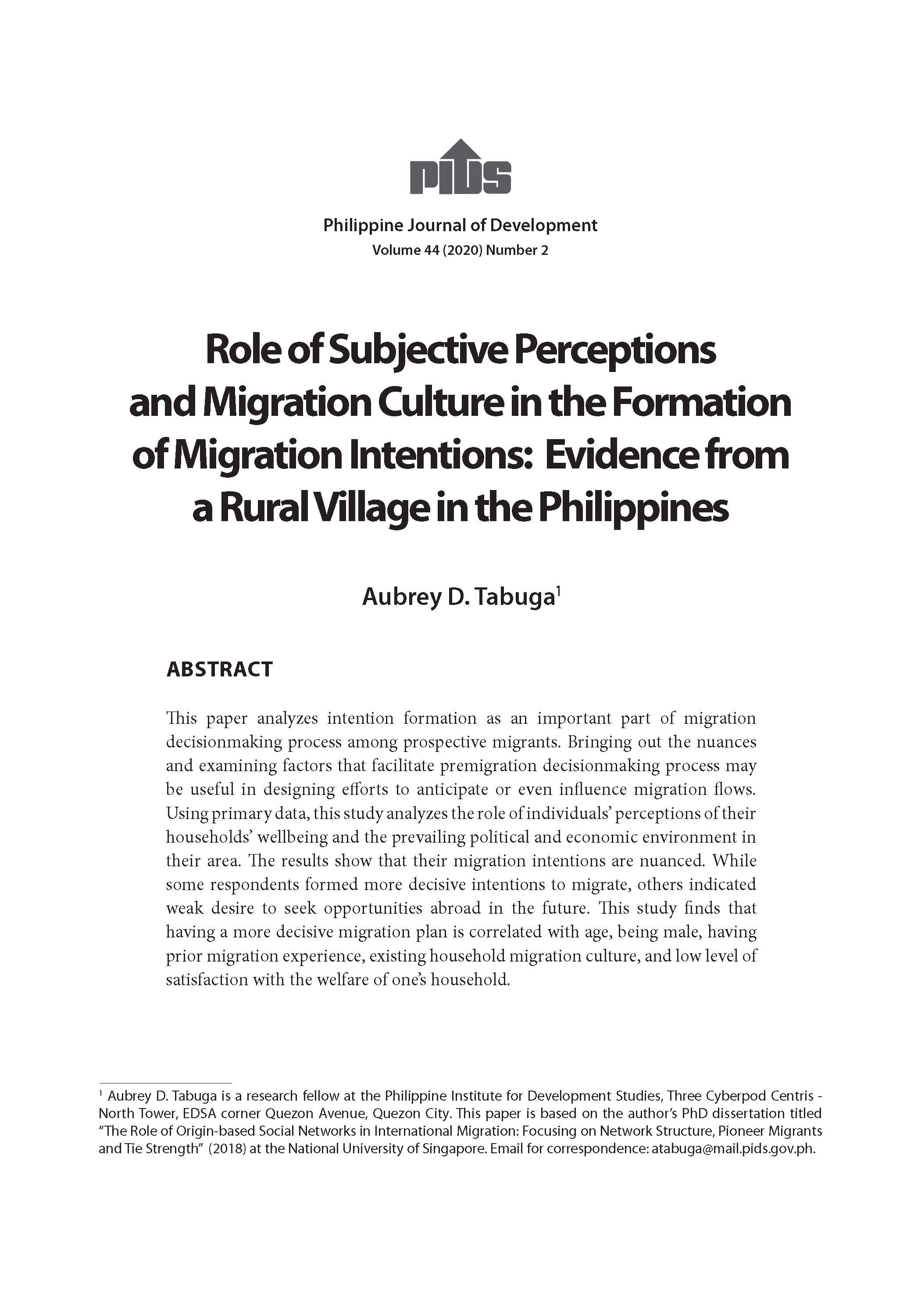 Role of Subjective Perceptions and Migration Culture in the Formation of Migration Intentions: Evidence from a Rural Village in the Philippines
Philippine Journal of Development 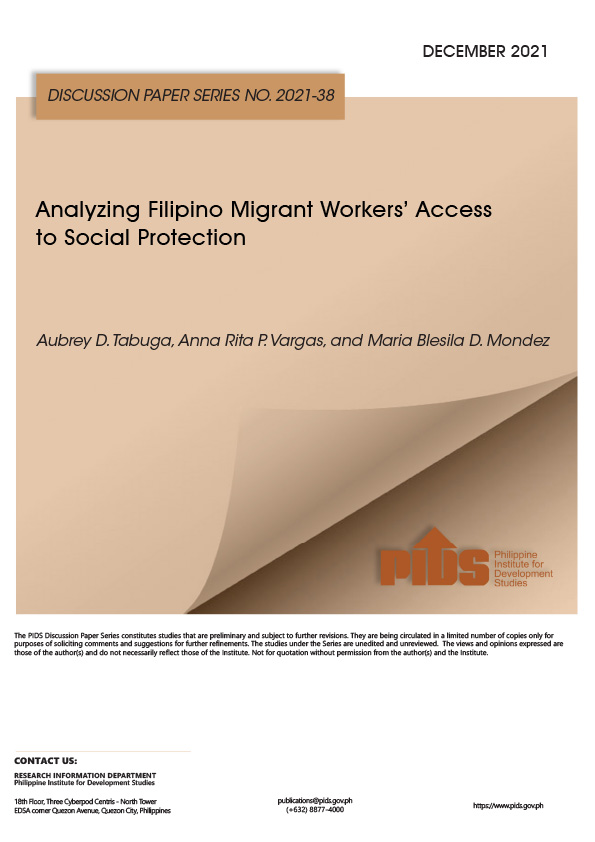 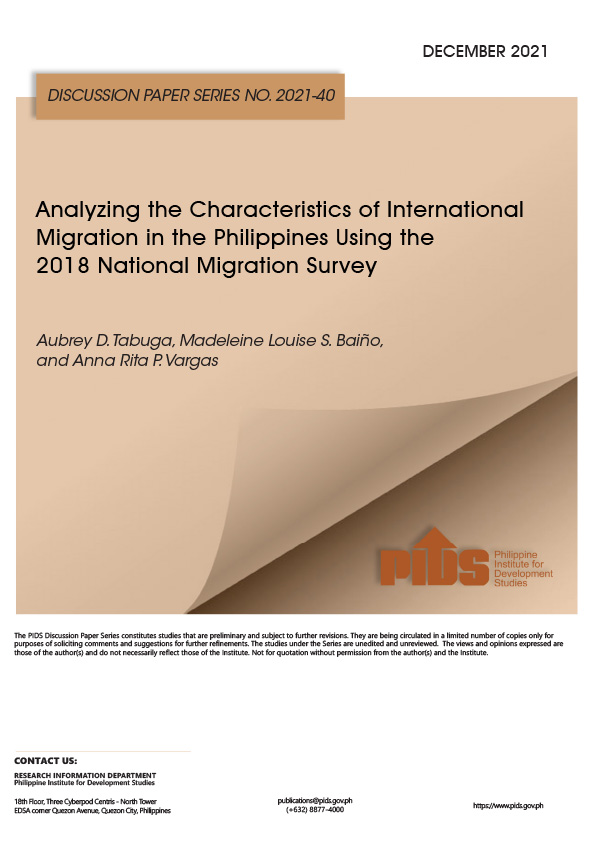 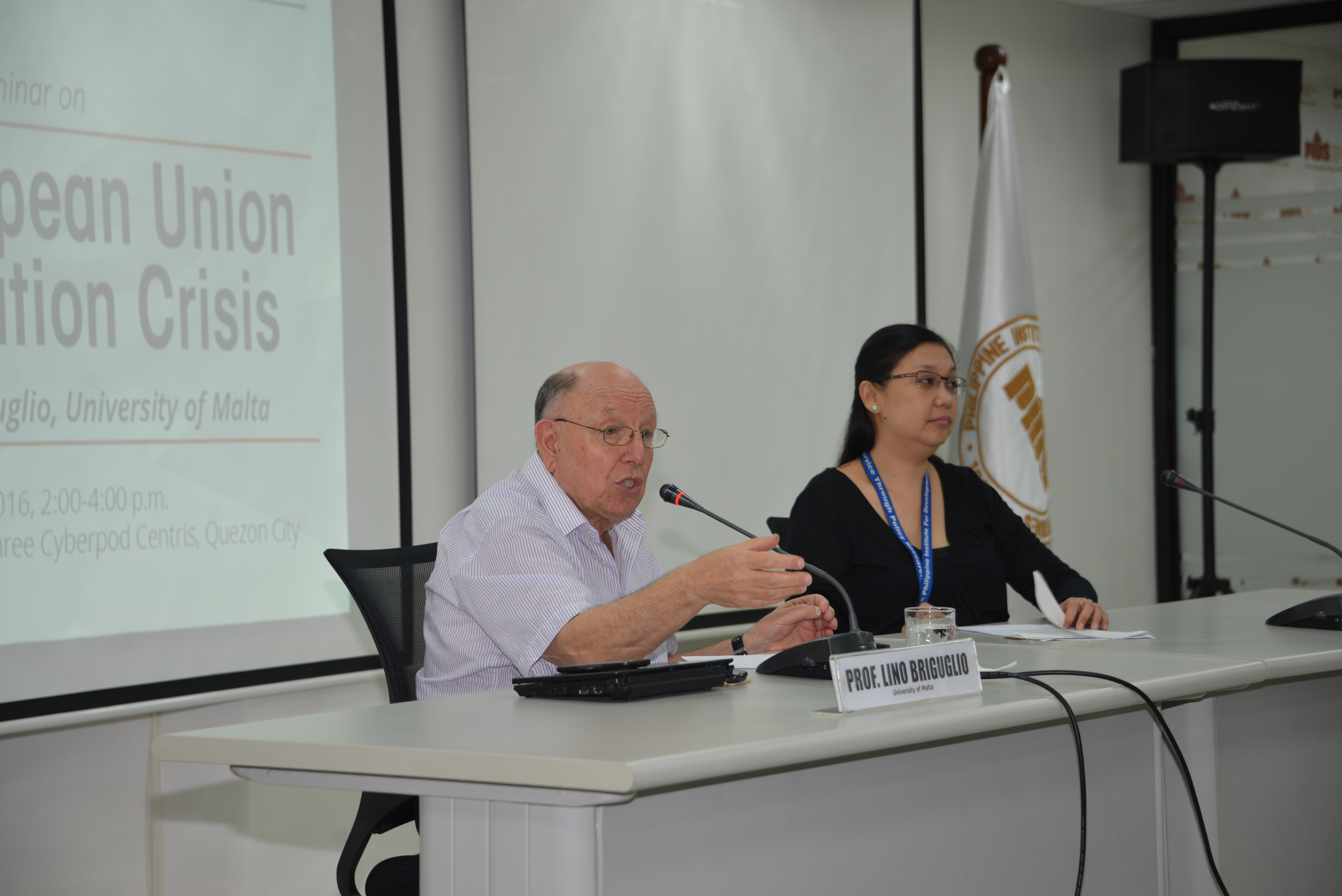 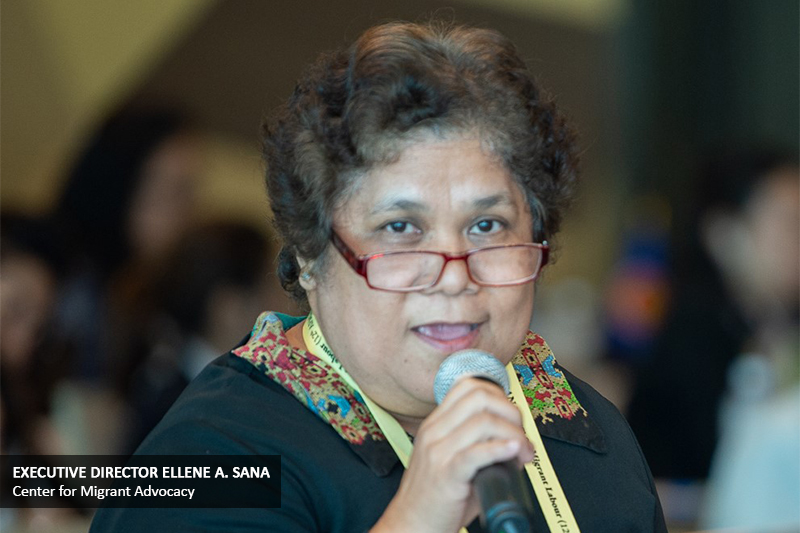 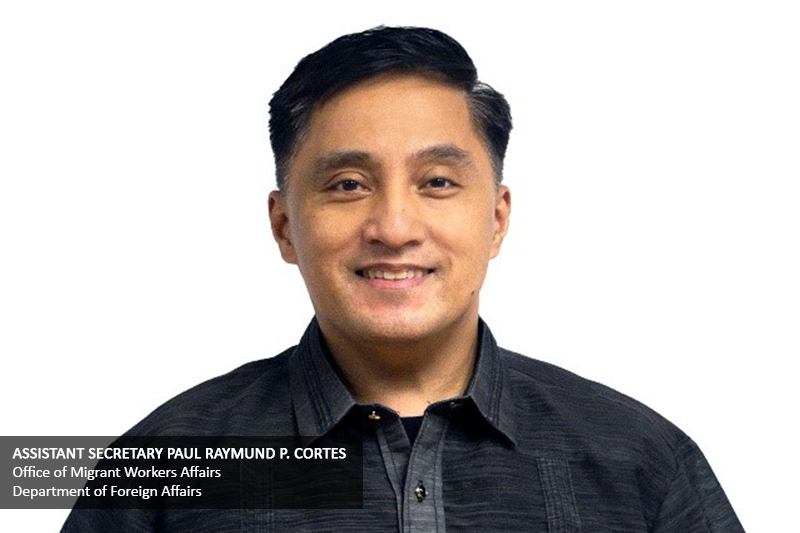 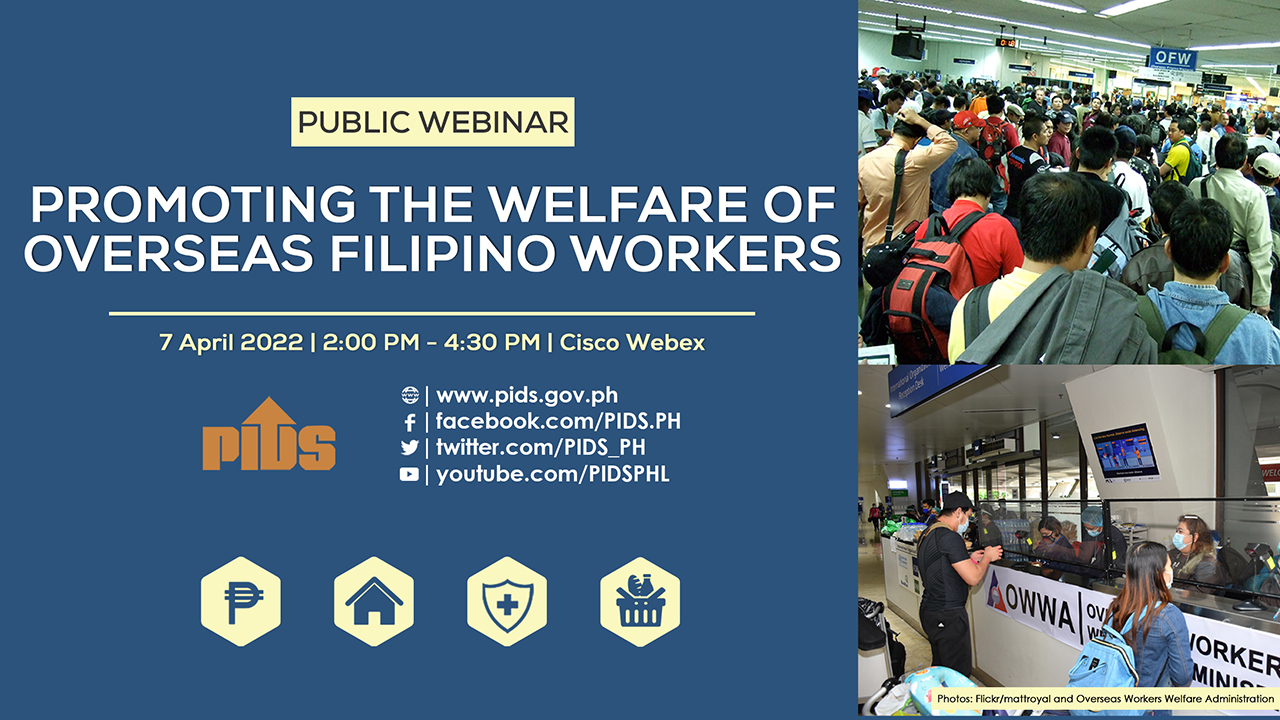 InfoBits on employment in the Philippine agriculture sector
Infographics - InfoBits