With the political noise brought about by the upcoming national elections as well as the prospects of a global economic recovery as backdrop, what could be in store for the Filipinos in 2010? In keeping with tradition, PIDS President Dr. Josef Yap, this year joining forces with PIDS Senior Research Fellow Dr. Ruperto Majuca, gives us a glimpse of 2010 in this economic forecast. The two authors examine the outcomes of the 2008 financial crisis on the Philippine economy and how the different sectors reacted to the downturn. They also evaluate the government's "Economic Resiliency Plan" which the government introduced in response to the crisis. Their evaluation provides, among other things, an insight on whether the measure has helped lessen the depth of the impact of the crisis or not. The authors also give us a peek on prospects for the Philippine economy in 2010, anchored on prospects expected to come out of the global economic recovery. At the local front, too, we can anticipate positive outcomes from election-related spending. However, the El Nino phenomenon is posing a significant negative impact on agriculture. 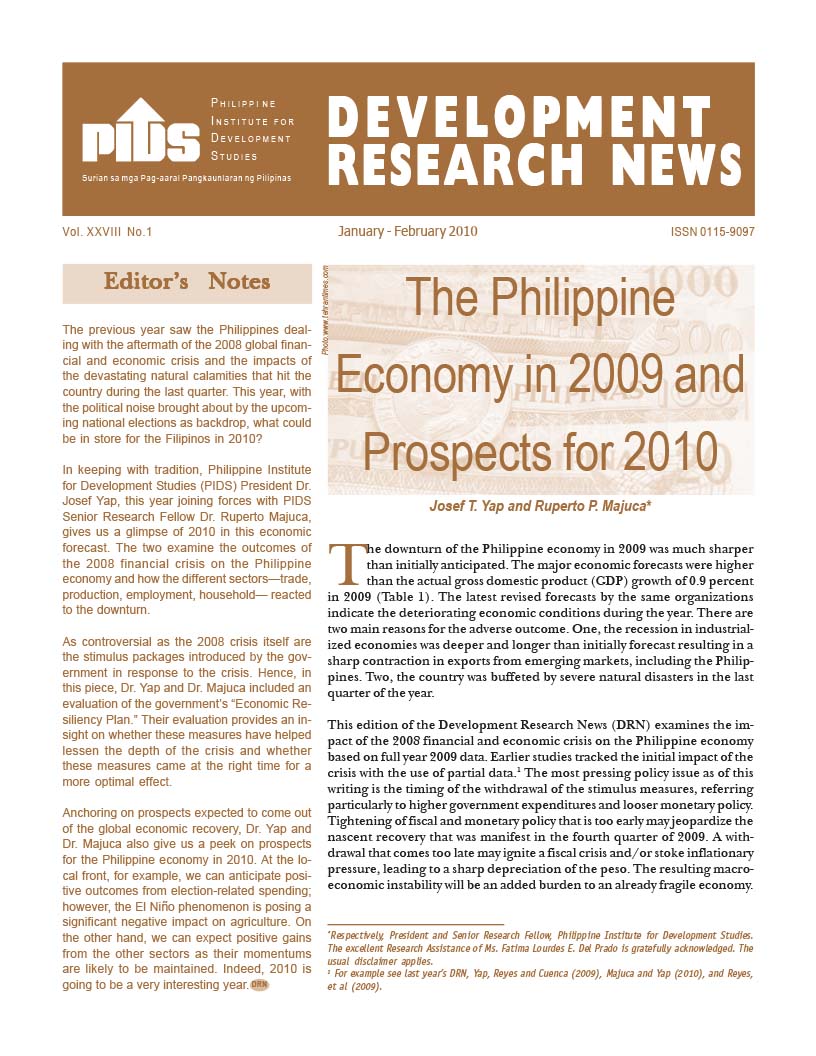