With a new government in place and amid all the developments that have taken place in the past two years and that are happening at the moment, what prospects are in store for the Philippine economy in 2011? Dr. Josef Yap, PIDS president, in his usual review of the Philippine economy in the previous year and outlook for the year ahead, provides an analysis of what to anticipate based on outcomes and developments in the various economic sectors in 2010. Stressing the point about the sharp rebound in the Philippine economy in 2010, something that all initial and even revised forecasts for 2010 missed, Yap expressed the hope that the positive impact of factors that contributed to such rebound can and will continue in 2011 and the coming years. And with rising poverty remaining to be a major challenge, macroeconomic policies and programs, according to the analysis, should center not only in trying to achieve high (and sustained) economic growth but also in putting into effect redistributive efforts to contain poverty. 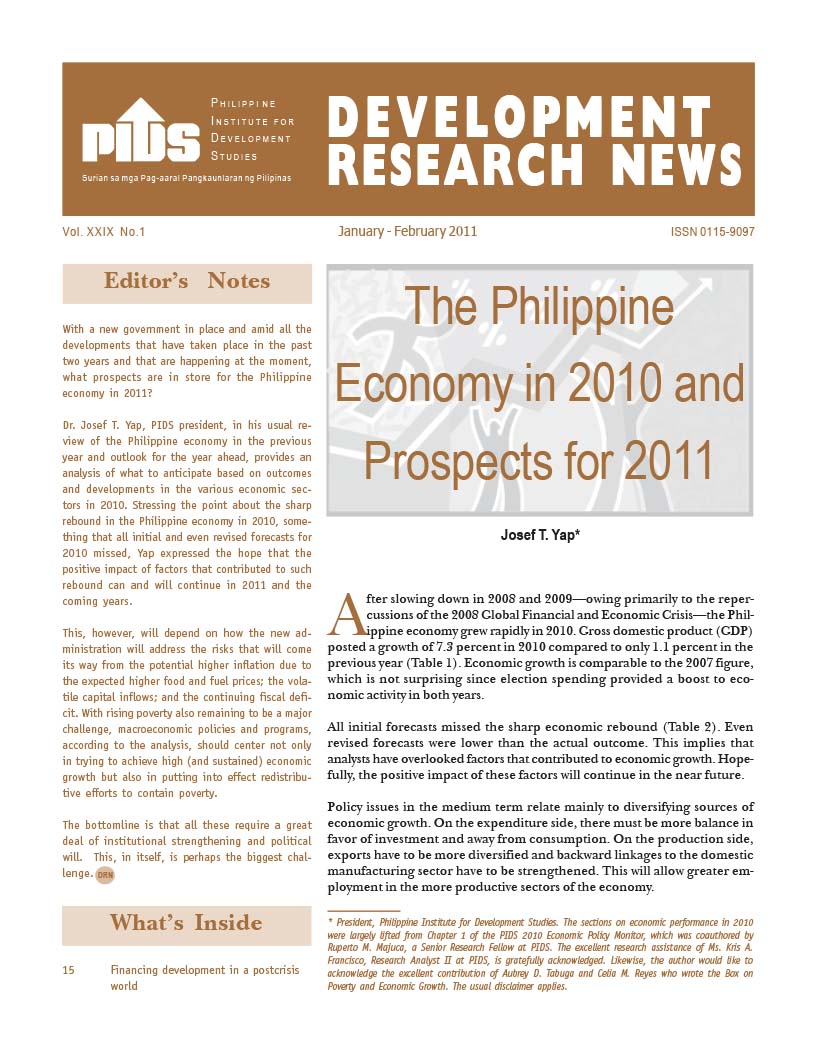 Enhancing Profits and Incomes in Agriculture and Fisheries
Discussion Papers